Cables are fixed on the walls or ceiling of a room, so their EM emissions are coming constantly from the same direction, and a person working at a desk is hit by this radiation in the same way for many hours, so even low intensity EMR from cables becomes a serious problem.

Fiber optic cables were invented many decades ago and have many advantages over copper cables, but rather than the commonly appraised qualities of this technology we are interested especially to its properties that are useful for the reduction of electromagnetic radiation.

Traditionally, fiber optic cables have been applied only to large networks managed by telecommunication companies. There are many standards for fiber optic communications, but they are all too difficult to be used with simple tools, and are generally very expensive. In the last few years however some new types of optical cables that have much less problems have been developed, and one these technologies is the Plastic Optical Fiber, or Polymer Optical Fiber, or POF for short.

Plastic Optical Fiber, as the name implies, is an optical fiber made of a kind of transparent plastic rather than a kind of glass. The diameter of the transparent section of a POF wire is many times larger than that of a typical glass optical fiber, so POF wires are much more robust, and the exact alignment of the core inside the connectors is not a problem. 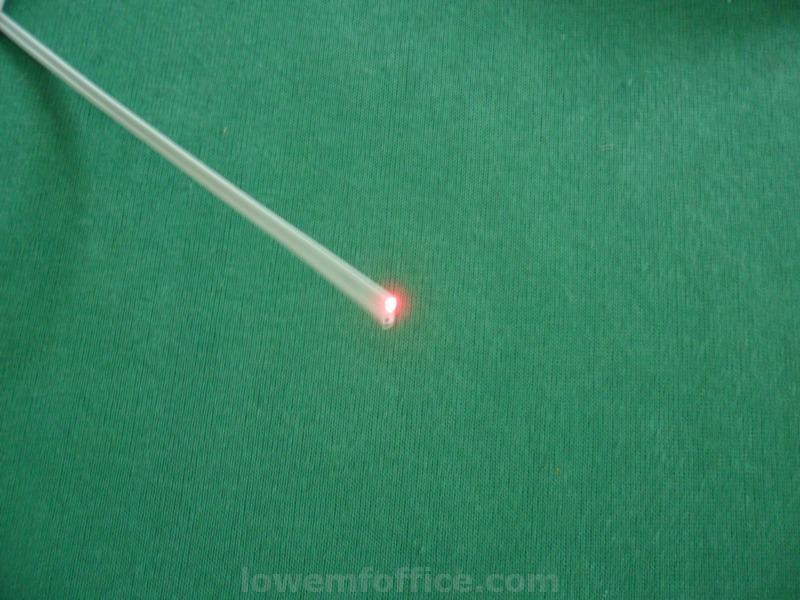 All types of optical fiber are good for reducing electromagnetic radiation in the office because of the following facts:

The cable has zero electromagnetic field or radiation

The cable doesn't carry any electromagnetic signal or noise

The cable can pass near other computer cables 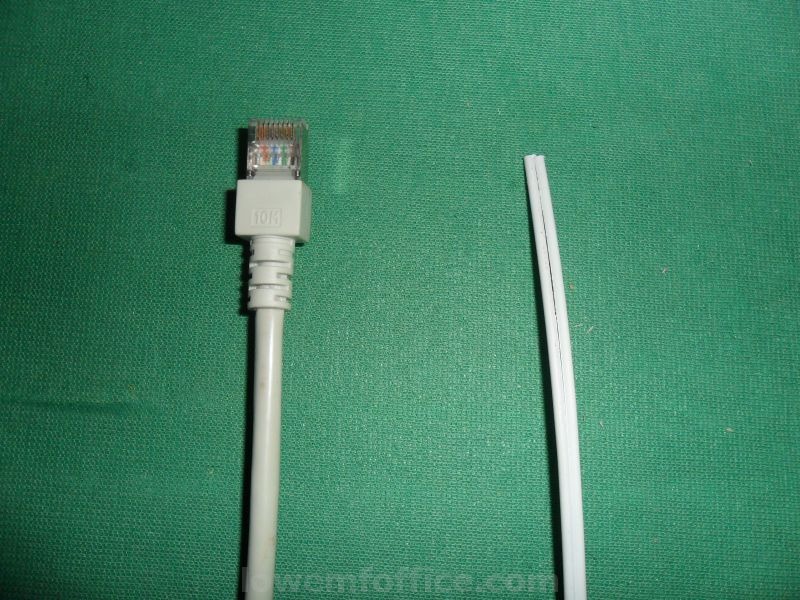 Why Plastic Optical Fiber is a practical solution for low EMF

Plastic Optical Fiber has many of the features of all optical fibers. It has lower performances in terms of data throughput versus cable length, but its technical performances are still high enough for a small computer network. On the other side POF has many other advantages that the rest of fiber optics don't have, and this makes POF an excellent solution to our problems.

Current POF cables provide stable and reliable data communication at the speed of 100 Mbps on a piece of cable 100 m long. This is generally enough for a home office or a small business. It certainly provides enough bandwidth for a local area network, and the bandwidth is also much larger than typical broadband internet connections. The allowed length of the cable is enough to cover the distances of a typical home or office, and also to cover larger offices or a group of offices. The POF technology may not be enough for very large buildings, and in that case regular glass optical fiber has to be used, but there is always the possibility of using POF for shorter cables from room to room, and glass optical fiber for longer cables across the building or group of buildings.

The cable can be bent in quite tight angles

Optical fiber based on glass may break if it is bent too much. Instead plastic optical fiber can be bent in small curves without damaging it. Generally the minimum bend radius is about 2 cm, which means that the wire can be curved along a circle of 2 cm radius without introducing any appreciable attenuation. If the wire has a tight bend there is an attenuation of the light pulses, but this attenuation becomes important only for very small angles. To avoid the transmission losses it is enough to avoid to bend the wire too tight around corners.

The cable is thin and light

A typical POF wire has a round section of 2.2 mm external diameter. The complete POF cable is composed by two of these wires, one for transmission and one for reception, so the cable is about 4.4 mm wide and 2.2 mm thick. It is a very thin cable, much thinner than all types of network cables like Cat5, Cat6 or Cat7. This cable can be easily fixed on the walls of a room without resulting too ugly. It can also be hidden behind doors edges, etc.. 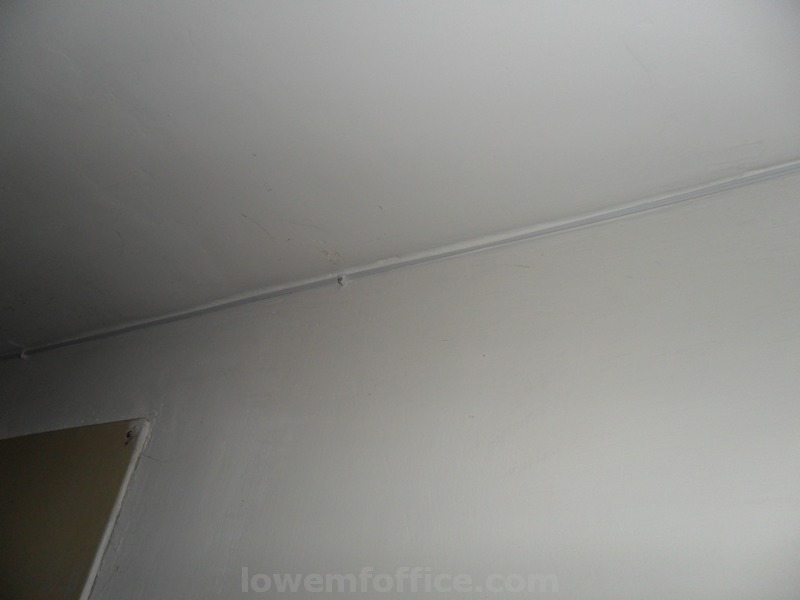 Fig.3 POF cable installed on a corridor wall near the ceiling

Since POF cable is very thin, and is not affected by near AC power cables, and neither affects other cables electrically, it can be inserted into typical conduits for electric power cables. This installation requires some practice like that of a professional electrician, however is way easier than the installation of glass optical fibers or other cables.

Since the cable is just a transparent plastic wire it doesn't consume any electric power. The only components that consume some power are the transmitters and receivers, but even these devices use very little electric power, less than 1 W each.

The cable is inexpensive

Since the cable is composed of a type of plastic, it is quite inexpensive. It can be produced with less advanced machinery than that needed for glass fiber optic. Actually glass optical fiber cable isn't very expensive too, but the connectors and the tools to make the connections on glass fibers are very expensive and difficult to use.

The connections are easy to make

Plastic Optical Fiber is very easy to connect. In most cases the bare POF wire has to be inserted into the holes of the devices and it's done, and there are only two wires for each line. This is immensely easier than the complicated and delicate procedure needed by glass optical fibers, which also need special tools. This is also much easier than the common network connections made with RJ45 plugs on Cat5/6/7 cables, which require to untwist the wires and align them in the correct order, before punching the plug with the tool for RJ45 terminations, and often the contacts come out not good enough or with some mistake. Some POF systems use a kind of plug that has to be attached to the cable, but the procedure to attach this plug is quite simple, not like the connectors of glass optical fibers, and neither like the RJ45 plugs of twisted copper pairs. 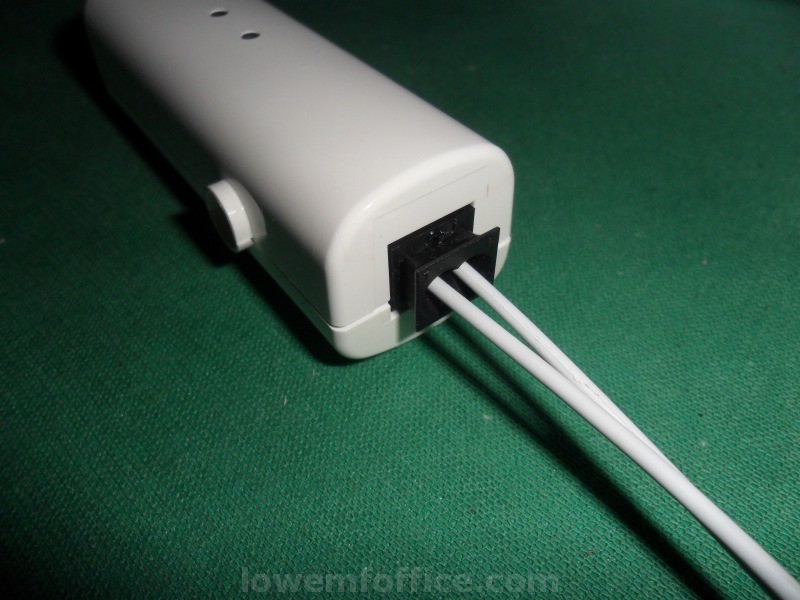 The cable is durable

Generally, all plastic materials deteriorate with time, so even POF cables will gradually diminish their optical performance, but this happens very slowly, for a typical cable in an indoor location, so the cable will last for many many years, 20 years or more.

The cable is robust

Plastic optical fiber cable is quite robust, it can be handled quite roughly without risk of damage. Actually it is even possible to repair it if it is broken at some point. Like other plastic materials it cannot sustain temperatures above 60 - 80 ° C, but this is the same also for most electric cables.

The type of light used is not dangerous

The type of light used in POF systems is visible, it is not ultraviolet or infrared. Some types of glass optical fibers use invisible but concentrated infrared light generated by lasers, which can be dangerous to the eye. Of course this light is not supposed to escape from the fiber but it could escape by accident, especially during the cable setup, and so technicians have to wear protective goggles while working on glass optical fiber systems. Instead POF uses low intensity visible light which is not dangerous even if it hits the eye. When installing a POF line we usually have to look directly at the cable termination to see which wire has the light, and we can do this in total safety since the light that comes from the wire is not dangerous for the eye.

The problems of electromagnetic emissions from Plastic Optical Fiber networks are concentrated into the POF media converters. In the other pages of this section we discuss these problems in detail.