As we have already written, DSL or ADSL systems create a lot of electromagnetic radiation which is emitted by the modem, the filter and the wires. For people working with computers connected to the Internet by means of a DSL modem this electromagnetic radiation is a serious problem. We tried to find solutions to this problem many times in the course of several years. In the following we summarize our attempts and describe our latest and most effective solution.

To understand the problem first let's see how the system was made at the beginning. In an office room we have a phone wire that exits from a small hole in the wall, placed in a corner at the top of the wall. The wire comes down vertically along the room corner and arrives on a table. The table is a normal one, with metal legs and chipboard plane, covered by plastic film. The computer is of tower type and it is placed on the table. The DSL modem is external to the computer and it is connected to the computer by an USB cable. Then there is the DSL splitter filter, which is needed for using also the phone on the digital line. There is a normal wired phone on the table, connected to the DSL splitter by means of a segment of phone wire with connectors. So, on the table, before our modifications, we had the wire coming from the wall, the small plastic box of the DSL splitter, the small plastic box of the DSL modem, the desk phone, the wire from the splitter to the phone, the wire from the splitter to the modem, the USB wire from the modem to the computer, and the computer box. This is how the system is supposed to be by the manufacturers of these devices. 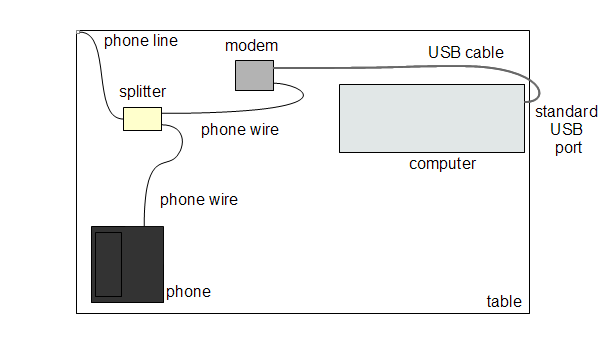 Of course this table is not used as a desk, or else we would be too near to the computer and the other devices. This table is used only as a support to keep the various devices connected to the computer, considering also that we may need a printer and a scanner. The desk with the LCD monitor, mouse keyboard and desk lamp is another table not shown in this drawing.

The first modifications that we made consisted in some attempts to shield the emissions of the DSL splitter filter. We covered the plastic box of the DSL splitter with several layers of adhesive aluminum tape, leaving just the holes for the connectors of the input and output wires. We noticed that this had reduced the sensation of burning on the skin caused directly by this device. Next we applied a shield made of aluminum tape also to the box of the DSL modem. We applied many layers of aluminum and also copper tape, for a total thickness of about 1mm. We noticed again a reduction in our pain. We tried also to replace the USB cord with a better quality USB cable, having a more dense braided copper shield, which costs much more than standard USB cords, but the cable was too long and it had to be wound into a loop in order to have it all on the table, and the results didn't improve appreciably.

Second round of modifications

Given the efficacy of the diecast aluminum boxes that we used for our modified LCD monitor, we tried to enclose the DSL modem and the DSL splitter in a box of this type. These boxes are made of thick aluminum, the walls of the box are at least 2 mm thick, and they have a lid that fits and closes perfectly. We used a box of the minimum size, just enough to contain the modem. We put the modem on the bottom of the box, and the DSL splitter on top of the modem. We connected the DSL splitter to the modem with a short phone wire just a few centimeters long, that we built on purpose. We made a small rectangular hole on one side of the box to let the USB connector enter into the modem. We filed the edge of the metal box to make an indent just 2 mm deep, where the two phone wires could pass when the lid was closed. The phone wire are of the flat type, with two conductors. There are two phone wires, the wire from from the wall to the splitter and the wire from the splitter to the phone. We arranged the box near the computer, on the opposite side respect to our desk. The lid of the box was perfectly closed and fixed. The USB cable was going from an USB port on the back of the computer to the metal box, and it was about 50 cm long. With this arrangement we started to notice that the typical electromagnetic radiation of the DSL had reduced a lot. However when we used the monitor on our desk and the modem was active we could feel some harm, and after about one hour it was giving us a pain on the side of our head. 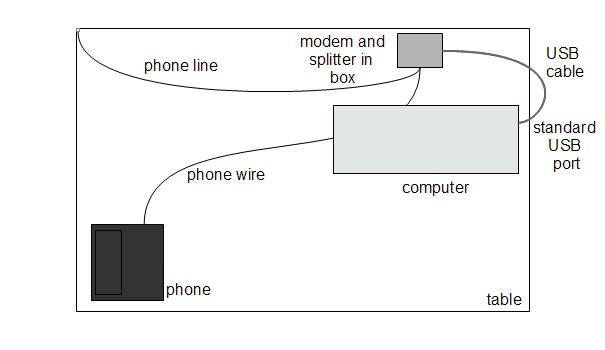 Fig.2 Metal box for the modem and the splitter

Third round of modification

To avoid that the USB cable exited from the back side of the computer and passed near the other cables attached to the computer we used a component that contains two additional USB ports that can be mounted on the back of the computer using the standard slots. We took just the plastic box containing the USB ports and the wires attached to it. We adjusted the position of the connectors that had to be attached to the main board of the computer. Then we attached this component to the connector on the mainboard that provided additional USB ports, and arranged the little box with USB connectors inside the computer case, on the bottom, fixing it with strong tape. Then we cut a small square hole, about 5mm x 5mm, on the bottom border of the side panel of the computer case, so that the USB cable could exit from there. Finally we arranged the 50 cm USB cable: the USB cable was connected to the USB connector inside the computer box, it was coming out through the hole and entering into the aluminum box of the DSL devices. This layout reduced the influence of the USB cable on the other cables, but the symptoms we had when we worked with our monitor and with the modem didn't go away completely. 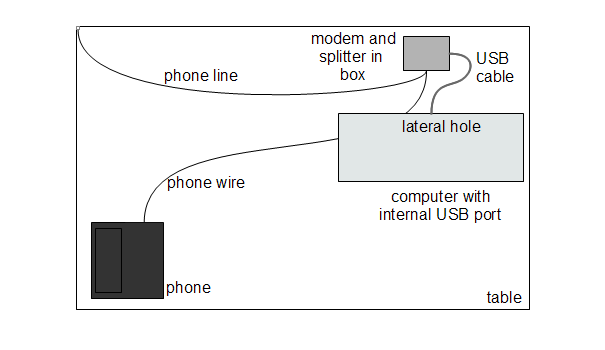 Fig.3 Lateral hole on the computer and internal USB port

The electromagnetic radiation of the set of the DSL modem, DSL splitter, USB cable and phone wires was causing a lot of problems to us, it was slowly destroying us physically. Not only we had pain on the right side of our head and into the right ear, but lately we started to have pain also in all the teeth of the right side of our mouth. We never had visible problems in our teeth, so we started to think that there could be a damage caused by non ionizing electromagnetic radiation, which had already caused problems to our ear and side of the head. 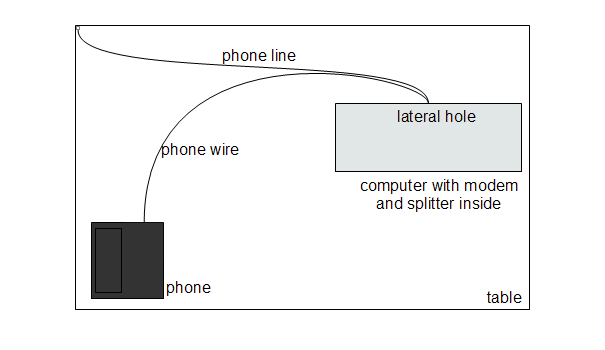 After just one day using this solution we noticed that the radiation had reduced a lot, respect to how it was before. The pain in the right side of our head has gone away, and also the pain in our right side teeth have disappeared. We still feel that there is some electromagnetic radiation of the type of the DSL, but we feel it only with the skin of the right side of our head, and with the right ear, and the intensity is much lower that it was before this modification.

If the circuit of the DSL modem is inside the computer case, the electromagnetic emissions outside the box are much lower, so it is useful to have DSL modems of the internal type. But the majority of DSL modems on the market now are external, they have to be connected to the computer by means of a USB cable or an Ethernet cable. Even if there were DSL modems to be mounted into an internal slot of the computer, there would still be the problem of the DSL splitter, which is needed to connect both the computer and the telephone to the same phone line. The small box of the DSL splitter would remain outside the computer, and its emissions are strong, when the modem is working. So the internal modem should have also an embedded DSL splitter, with a RJ11 female connector for the incoming phone wire, and another identical connector for the outgoing wire directed to the phone terminal. It seems that there are a few internal DSL modems on the market but none of them has also a DSL splitter to receive the wire of a phone terminal. Furthermore, it seems that the few internal DSL modems currently available don't support the more recent DSL systems, they arrive at most at 8 Mbps, and for some types of DSL only. Also the cost of these internal modems is exceedingly high, it is of the order of one hundred EUR, which is totally unjustified given that the cost of external DSL modems and the cost of internal dialup modems is around 10 - 20 EUR. There is a need of new products that include a DSL modem and a DSL splitter, that can be mounted inside the typical computer case, and that support all the latest versions of the DSL.

These problems affect especially who works with computers and the Internet. In the past years we directed our efforts mainly to the reduction of electromagnetic emissions of the typical system composed by a desktop computer, an LCD monitor, mouse and keyboard, but if there is also a DSL connection there are lots more problems. Typically, who works with the Internet has to keep the DSL connection open and active to upload or download files to or from remote computers, or to search into large catalogues of the World Wide Web, and so on. During these activities the DSL modem stays on and it receives and transmits, so it emits also electromagnetic radiation, which is quite harmful given the long exposure to it. Also who uses a computer connected to a modem by means of a local wired network, has similar problems, because Ethernet cables have still noticeable electromagnetic emissions, even if they might be better than DSL modems in some cases. Finally, who uses a wireless modem is exposed to a radiation of the microwave type, which, depending on the position and distance of the modem, and on the number and positions of active computers, causes more or less harm to people. Our research has showed that there is need of better designs of computers that include the DSL modem and related components to use effectively the DSL system while avoiding that the electromagnetic radiation emitted by the modem reaches the user. We have also seen that an arrangement with all the DSL devices located into the computer case reduces the electromagnetic radiation a lot and so this is the way that these systems should be designed.